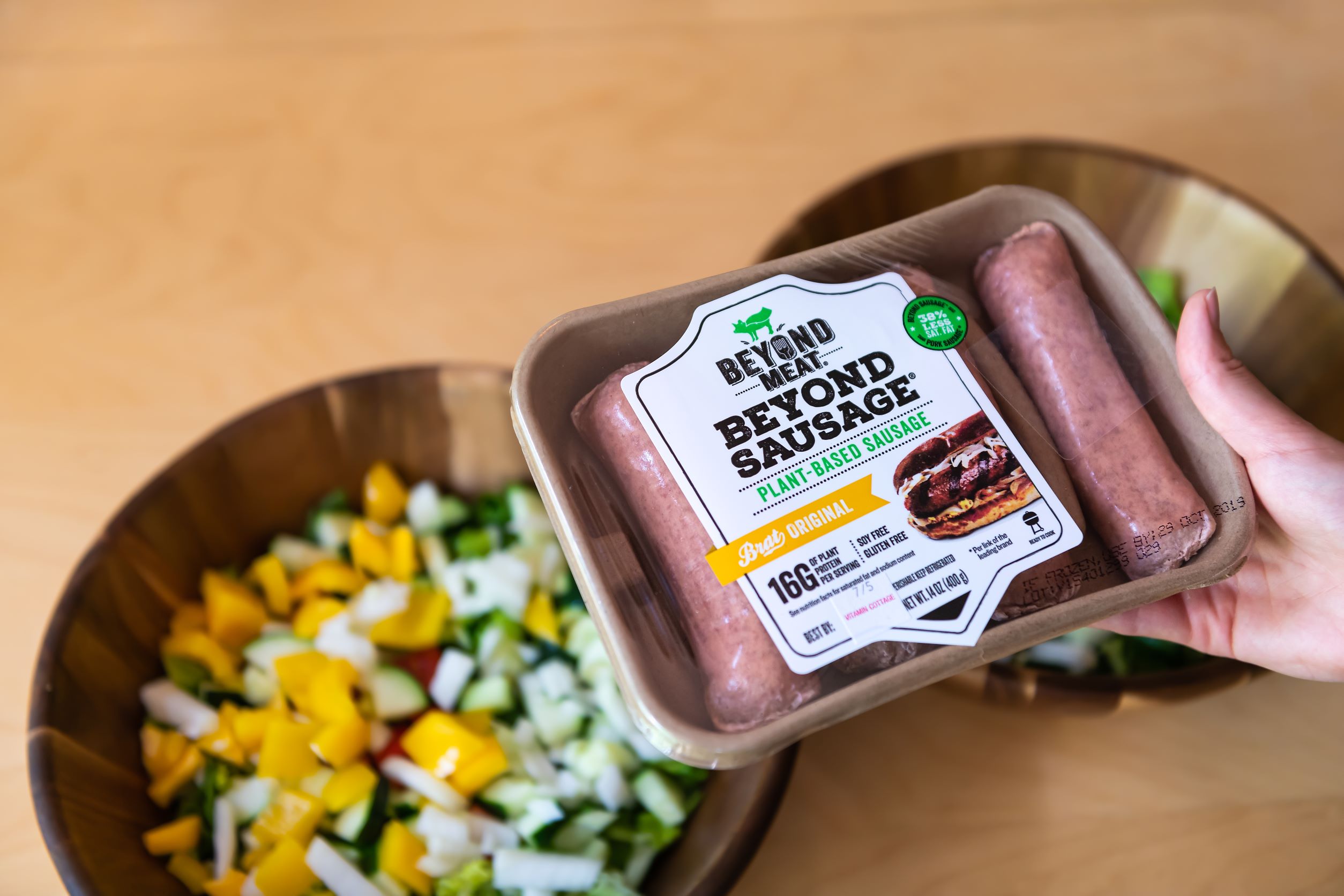 On Wednesday, Beyond Meat Inc. (NASDAQ:BYND) reported tumbling sales and growing losses as rising freight and raw material costs eat into its margins.

Executives said it expects a further slowdown in demand for its products as inflation added to challenges facing the plant-based food company.

Beyond reported a net loss of $102 million for the three-month period that ended Oct 1, while revenue fell 23% to $83 million.

"We are testing a pricing reduction that more quickly collapses the pricing delta between one of our core products and its animal protein equivalent," Brown said during the earnings call.

Beyond has been offering restaurants and grocery customers discounts to revive demand for its meatless burgers and sausages.  Still, total pounds sold fell 12.8%, and net revenue per pound shrank 11.2%.

Elsewhere, Beyond said it planned to pursue "a more sustainable growth model" and is targeting "cash flow positive operations" in the second half of 2023.

Following several years of rapid growth, Beyond on Wednesday continued to project that its full-year revenue will decline by about 9% to 14% to between $400 million and $425 million.

Earlier this week, the plant meat producer launched Beyond Chicken Nuggets and Beyond Popcorn Chicken, the newest addition to its chicken platform.

The new plant-based chicken products will debut at more than 5,000 Kroger (NYSE:KR) and Walmart (NYSE:WMT) stores nationwide and will also be available at select Albertsons and Ahold locations.

However, Wall Street is increasingly growing pessimistic about the company's growth prospects.  In October, Beyond announced it would 19% of its workforce, just two months after it said it would lay off 4% of its workers.

Consensus among analysts based on 20 ratings tracked by Refinitiv is Hold (15 Holds and 5 Sells).  The average price target of $17.93 implies an upside potential of 49.79%.